Ukrainian Railways has launched a new service to Romania

The new line will enable rail freight transport to and from the port of Constanta, a major hub on the Black Sea.

Ukraine continues to reconstruct its railway, which brings it a link to the West at a time of war with Russia. In the summer, we reported that Ukraine's rail link with Moldova had been restored. Last week, Aleksandr Kamyshin, CEO of Ukrainian Railways, announced on Twitter the launch of a new train line between the Rakhiv (Ukraine) and Berlebash (Romania). The 19,3 kilometers long line was closed for 17 years. Last August, the reconstruction on the Ukrainian side was completed, and the work in Romania was completed in the next four months. The inaugural service started from the town of Rakhiv using a new diesel train that had been put into service during the war.

“Yet another connection for cargo export. More business for both countries. Vital for Ukraine, because cargo export is blood for our economy. Beneficial for Romania, both railways and Constanta seaport,” explained Kamyshin.

Kamyshin also stressed that the new line will bring Ukrainians further connections with the EU. In Valea Viseului, passengers can change trains to Cluj-Napoca, where the international airport is located. The connection with Romania will be beneficial for Ukrainians who have relatives and friends in the Maramureș border district in Romania., where some 30,000 Ukrainians live. In the future, the railway chief hoped that the train connection would also boost tourism in the Carpathians.

Kamyshin stated that several issues related to border control and the customs office still need to be resolved. This is important because the Carpathian Mountains complicate other routes to connect inside Ukraine. 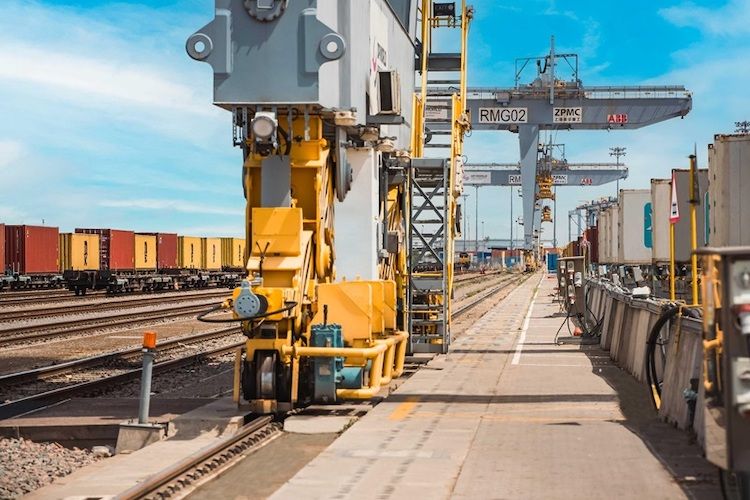